A Prayer for the Broken 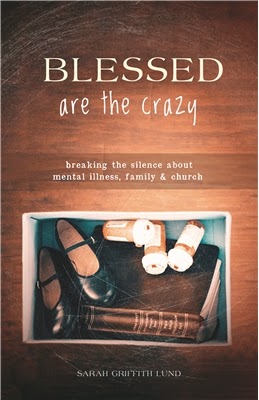 Tuesday is the National Day of Prayer for Mental IllnessAwareness and Recovery.

And our Sychroblog community has been asked to blog about mental illness to commemorate the launch of a new book, Blessed Are The Crazy:Breaking the Silence about Mental Illness, Family, and Church, by Sarah Griffith Lund.

This fall I’ve been blogging about political issues, particularly issues surrounding state and local elections. As I consider the intersection between mental health and public policy, I find myself grieving, praying, wondering.

This is not a new topic for me.

I’ve been living it since before I was born.

My father ran away from home at 16, already showing signs of damage from an abusive relationship with his angry father.

My mother, also young, also a runaway, suffered undiagnosed depression so severe she spent days at a time in bed.

As small children we were neglected, then abandoned: my parents left each other and us not long before I turned two, leaving my three siblings and me to be parented by my grandparents.

I’m not sure there’s a day in my life when I haven’t been confronted in some way by the pain, breakage, doubt and grief of shattered minds and lives.

Is mental illness a spiritual problem?

I’m convinced it is.

But not in the way most people would understand that.

It’s not an individual spiritual problem: just have more faith, and your depression will be cured. Just confess your sin and your anxiety will lift. 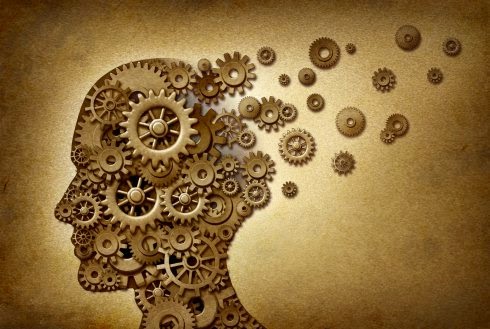 But the spiritual problem I see is something larger: a corporate blindness.

A willful wish that God would intervene and solve our deepest brokenness with no expenditure of effort, no outlay of resource, no deepened understanding of what it means to bear each other’s burdens.

One in four American adults lives with a diagnosable mental illness in a given year.

Do you know any kids who are cutting themselves? I promise you do. Carving pain on their arms. Bleeding sorrow into the bathroom sink.

Do you sit at work, at church, at school, near suffering souls not sure they can make it through the day?

I promise they’re there – drowning in darkness. Struggling to stuff down the bubbling anger. Shaking from anxiety that never ever leaves.

What does it mean to bear each other’s burdens?

How do we grow in compassion?

It might help to think about causes.
The pharmaceutical industry has worked hard to sell us on the idea of chemical imbalance. It’s true there’s a physical component to mental illness, but cause and effect aren’t clear. Does the imbalance cause the illness? Or illness cause the imbalance?

Current research shows that the brain is far more plastic than once understood: shaped and reshaped by opportunity, trauma, isolation, challenge, stimulation, fear.

Impoverished neighborhoods show a much higher incidence of mental illness. Is that genetic? Or symptomatic of systems and structures?

Early neglect is a high predictor of depression, anxiety, attachment disorder. How much mental illness would be prevented by an adequate living wage, by affordable, well-designed child care for working parents, by excellent pre-school preparation for children who need it most?

As a young mom, I spent time with children who lived on our street whose mother locked them out of their apartment when she went to work for the day. They were four and five.

As youth pastor in both urban and suburban churches, I worked with young teens who were alone from the time school ended to the time when their parents came home – often late in the evening.

As part of an partnership between my current church and an inner-city congregation, I came to know dozens of young school-aged kids who woke in the morning to an empty house and showed up for our evening program without every having seen an adult, with empty stomachs, and emptier hearts.

We live our priorities – as families, communities, churches, nations.

And those priorities shape our health and lack of health.

While most developed nations have found ways to fund creative, competent care for small children, the US depends on a medley of under-funded state programs and variable, politically-vulnerable federal grants to provide uneven child-care subsidies and under-resourced early education, leaving many families struggling to provide adequate care, and many children on their own, or left with inattentive neighbors, unwell elders, or slightly older siblings.

A 2013 article described The Hell of American Day Care, and why it matters:

Over the past two decades, researchers have developed an entirely new understanding of the first few years of life. This period affects the architecture of a child’s brain in ways that indelibly shape intellectual abilities and behavior. Kids who grow up in nurturing, interactive environments tend to develop the skills they need to thrive as adults—like learning how to calm down after a setback or how to focus on a problem long enough to solve it. Kids who grow up without that kind of attention tend to lack impulse control and have more emotional outbursts. Later on, they are more likely to struggle in school or with the law. They also have more physical health problems. Numerous studies show that all children, especially those from low-income homes, benefit greatly from sound child care. The key ingredients are quite simple—starting with plenty of caregivers, who ideally have some expertise in child development.

Our corporate disinterest in other people’s children is just one example of the systemic causes of our mental health epidemic.

I could go on.

About the contributions of our infatuation with guns: do we wonder that children grow up anxious when the adults in their lives talk about arming themselves against their own government, or leave loaded handguns on tables by their beds?

Do we see the links between physical, verbal and sexual abuse of women and the fact that women experience significantly higher rates of anxiety and depression?

What about the contributions of parental abandonment: what happens to the children of those millions of men and women serving time in prison? As of 2009, more than 2.7 million children in the had an incarcerated parent; 10 million children have experienced parental incarceration at some point in their lives. Did we factor in mental health implications when we voted for mandatory sentencing?

About how lack of affordable housing feeds anxiety and undermines family stability.

About lack of funding for mental health research not directly tied to pharmaceutical profit.

About our overwhelming preference for “easy,” and refusal to grapple with causes that would demand complicated, costly solutions.

In 2004 the World Health Organization published an extensivereport on the heavy cost of mental illness and the potential for prevention:

It is not surprising that many of the effective preventive measures are harmonious with principles of social equity, equal opportunity and care of the most vulnerable groups in society. Examples of these interventions include improving nutrition, ensuring primary education and access to the labour market, removing discrimination based on race and gender and ensuring basic economic security. . .

A particularly potent and unfortunately common threat to mental health is conflict and violence, between individuals and between communities and countries. The resulting mental distress and disorders are substantial.

Mental illness, at every level, is evidence of our lack of shalom, our failure in pursuit of God’s peace and justice, our refusal to seek the good of those beyond our own tight circles.

It’s also an invitation to grow in compassion, the kind of costly, prayerful, mindful compassion that grapples with issues, shoulders other’s burdens, holds tightly to hope in the face of searing pain.

So, I will pray. On Tuesday, the National Day of Prayer for Mental Illness Awareness and Recovery, I will pray, as I do every day, for friends and family members battling voices, darkness, brokenness. For churches too often clueless about how to help or intervene. For a culture that would rather spend billions on battleships and prisons than competent, creative childcare and worker-friendly, living wage jobs.

And I will struggle to grow in practical, personal compassion: befriending those who others see as odd, spending time with families others see as difficult, picking up the pieces for those I know who carry more than one person, one parent alone can carry.

And I will advocate: for a comprehensive early-child care plan, for adequate funding of mental health priorities, for alternative sentencing for non-violent crime, for affordable housing, for fair jobs and living wages, for a just and peaceful world.

And I will repent: for times I’ve drawn away because I want love to be easy.

For times I’ve covered over pain because I prefer to look “together.”

For complicity in a culture of silence in the face of human need.

Holy Spirit, it is time.
The children are hungry,
and the poor can no longer plant hope.

Your promise
to fill the poor with good things
and the rich sent empty away
goes unfulfilled.
It is an embarrassment,
a laughingstock,
a mockery of sacred promise.

Now overtake our hearts with your fire.
On earth let the flame of justice
leap wildly.
Release in us
a brilliant blaze of compassion.
Let the fires burn away
all pettiness, greed, selfishness,
and lust for security.
Let embers of kindness fill the land.

Whoever holds a debt, it will be forgiven.
Whoever is rich will give half away:
land returned to the peasant,
prison doors thrown open,
military budgets dissolved,
a cup of water given in Jesus’ name.
Again. Again. And yet again.
Amen.
— Mary Lou Kownacki

This is the sixth in a series looking at specific issues of importance in state and local elections, as an extension of my 2012 series "What's Your Platform?"

It’s also part of the October Mental Illness Awareness Synchroblog. Links to other posts are below. Please take time to read as many as you can, and remember, everyone loves comments: