What Would Make Your Change Your Mind? 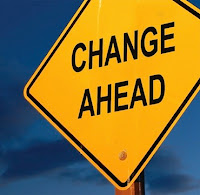 I've been thinking this week about how we know what we know – and how hard it is to change our minds.

Information that fits our mental grid is affirmed, accepted, repeated, even when it’s wrong. Information that challenges our tightly-held assumptions becomes proof of bias, of deliberate deception, or is simply dismissed as “talking points from the other side.”

A fascinating commentary on climate change, posted by Tom Chivers of The Telegraph last June, explores the evidence for climate change and the challenge of seeing beyond our own areas of blindness:

Ask yourself the following: what would it take to make you change your mind on a strongly held belief? An empirical one, a matter of fact. Especially one which you have, in part, defined yourself by.

It's very difficult to do. The power of confirmation bias is well known;Jonathan Haidt, in his fantastic book The Righteous Mind, says that our rational faculty acts like a press secretary, seeking support for policies that are already in place, not looking for new evidence to base policies on. We get a pleasure-chemical reward when we find evidence that supports our argument; holding controversial views, he says, is literally addictive. And now, with the advent of the internet, it is easy to find supportive evidence for almost any beliefs you may hold. Illuminati nuts, 9/11 truthers and Obama birthers, Moon landing conspiracists, Aids denialists, Young-Earth creationists; all of them can find superficially convincing evidence for their beliefs within seconds of reaching the Google home page.

Yesterday I attended a challenging performance of TheScrewtape Letters, C. S. Lewis’ exploration of spiritual warfare, staged by the Fellowship for the Perfomring Arts. The play, drawing on Lewis’ portrayal of his own mental gamesmanship, illuminates the difficulty of seeing what's true: we are constantly tempted to slide into lazy habits of thinking, to take the easy way out, to judge others and truth itself through a superficial grid of personal preference and emotional response. Real illumination, genuine insight, takes hard work, and as devious Screwtape makes very clear, we are easily deterred by the simplest distractions. 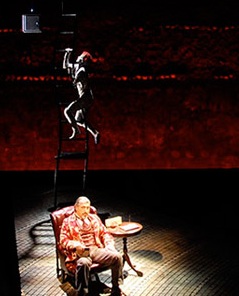 I admire the legacy of Lewis because he chose to do the work of hunting for truth, despite his own prejudice against faith, his own academic arrogance, his own experience both for and against belief. That work is chronicled in a wealth of titles that continue to encourage and enlighten honest seekers: Surprised by Joy, Mere Christianity, God in the Dock, The Great Divorce.  His stance was always "wouldn't you want to know what's true?" "Isn't it worth the work to find out?"

"Here is a door, behind which, according to some people, the secret of the universe is hiding. Either that is true, or it isn't. And if it isn't, then what that door really conceals is simply the greatest fraud, the most colossal 'sell' on record. Isn't it obviously the job of every man (that is a man and not a rabbit) to try to find out which, and then devote his full energies to serving this tremendous secret or to exposing and destroying this giant humbug?" God in the Dock (1946)

Lewis was helpful to me in my own time of wondering. We all grow up with certain opinions, with certain voices loud in our heads. Maturity comes when we’re able to evaluate, to sort through the voices, to look at our own biases and ask: What's true? What is clearly, without question, false? Which voices deserve to be heard? Which can we safely ignore?

In my own faith background there were voices desperate to hold authority, and frightened of science, intellectual exploration, open discussion. I remember, as a high school junior, sharing an interesting fact I’d picked up in my much-loved physics class, and a Bible study leader saying, without hesitation, “that’s not true.” As if somehow science, all science, stood in opposition to faith.  I attended a new youth group with a friend from another denomination and was warned “Don’t go back. They don’t believe the same things we do.” As if hearing and experiencing the Christian faith from another tradition would somehow dislodge me from my own. I saw a narrow path set out ahead of me: “Don’t look left or right. You might be drawn off-course.” As if I were a horse with a bit in my mouth, and thick blinders keeping my eyes straight ahead.

My exploration led me far from that narrow path. The Christian college I attended insisted “All truth is God’s truth” and offered robust discussion in biology, physics, philosophy, history. C. S. Lewis, among other authors dead and living, encouraged me to push hard on what I’d learned about faith, reason, human motivations, Biblical interpretation.

As I’ve read, explored, investigated faith, science, politics, I’ve found voices I trust without question, voices I trust on particular issues, voices I weigh along with others. I believe the Bible, but also know interpretations can be faulty. I value the deep tradition of the Christian faith, but can point to places where the faith was blown off course. There are church leaders I admire, while knowing they are human. And church leaders whose lack of integrity leaves me grieving, and looking elsewhere for insight and wisdom.

This question of authority is essential – whether discussing religious faith, as in the case of C. S. Lewis, scientific understanding, as in climate change, or political persuasion: economic theory, tax policy, health care funding. How do we decide whose authority to trust? Are we able to evaluate authorities wisely?

Last week, thinking about lies, deception, and the faiths that can ensnare us, I spent time reading the stories of people who came to doubt the authority of the Mormon church. Their exploration of their roots was costly: they speak of ostracism by families, threats from leaders, financial hardship. Yet, they also speak of a growing discomfort with deceit, and a determination to know the truth.

The Apostle Paul was certainly one who had been misled by authority, had misused his own authority to search out and harm those who followed Christ, and knew the danger of mistaking power for truth. He warned that leadership lay in setting an example, not through coercive practice or “dominion”:


“Not that we have dominion over your faith, but are fellow workers for your joy.” (II Corinthians 1:24)

“The elders who are among you I exhort...Shepherd the flock of God which is among you, serving as overseers, not by compulsion...nor as being lords over those entrusted to you, but being examples to the flock.” (1 Peter 5:1-3)

Paul was clear that each person is responsible to seek out the truth and determine what’s right, aware, on a very personal level, of how easy it is to follow authority in the wrong direction:

"See to it that no one takes you captive by philosophy and empty deceit, according to human tradition, according to the elemental spirits of the world, and not according to Christ." (Philiippians 1:9-10)

"Do not be conformed to this world,but be transformed by the renewal of your mind, that by testing you may discern what is the will of God, what is good and acceptable and perfect." (Romans 12:1-2)

And it is my prayer that your love may abound more and more, with knowledge and all discernment, so that you may approve what is excellent. (I Timothy 6:3-5)


“But the wisdom that comes from heaven is first of all pure; then peace-loving, considerate, submissive, full of mercy and good fruit, impartial and sincere.”

Any voice that is too fast to shut another down, too fast to stir up controversy, too quick to accuse, too eager for power, is a voice I choose to ignore. I’m looking for good fruit, in my own life, and in the lives of those whose example and voice I'm willing to follow: love, joy, peace, forbearance, kindness, goodness, faithfulness, gentleness, self-control. Leaders whose private lives and public statements don't demonstrate those qualities are not high on my list of trustworthy sources.

In the discussion of climate change, (back to where I started), Tom Chivers calls attention to the question of authority:

"As a non-climate scientist, I have to accept certain things on authority, as I do with all expert knowledge. This is an argument from authority, but we all do it, and it's vital: if I had cancer, I'd accept the authority of the oncologist and the body of knowledge of the oncology community, rather than try to guide my own treatment with information I'd found on the internet. As Ben Goldacre said long ago in a different context, you have only two options: "you can either learn to interpret data yourself and come to your own informed conclusions; or you decide who to trust".

"I've decided who to trust, and it's mainstream scientific opinion: the Royal Society, the Royal Institution, Nasa, the US National Academy of Sciences, the US Geological Survey, the IPCC, the national science bodies of 30 or so other countries. And that gives me a possible route out of the confirmation-bias trap: I have, in advance, outsourced my judgment to expert bodies. If several of them changed their position, I would change mine. It's far from perfect, but short of becoming a climate scientist myself, it's the only option I have; otherwise my reasonable belief that the climate is changing due to human behaviour becomes an article of faith. As it is, although it is mediated through authority, it's still, I hope, based on empirical data, on the scientific method.

"What I want to ask those sceptics who, like me, are not professional climate scientists is: what's your way out? You are as trapped by confirmation bias as I am. You will not be able to disinterestedly search through the torrents of information, false and true, on the internet and elsewhere: the more you look, the more you will confirm your own beliefs, because that's what we do. Since the design of the human mind makes you an unreliable judge, what evidence would it take to change your mind? Who, in short, do you trust?"

In all the pressing issues of the day – religious, political, scientific, economic - the questions remain: Where do you gather evidence? What do you do to offset your confirmation bias? Who do you choose to trust? And why?

And what, if anything, would make you change your mind?

This is part of a continuing series about faith and politics: What's Your Platform? Join the conversation.  Look for the "__ comments" link below to leave your comments.

Posted by Carol Kuniholm at 3:09 PM