Advent Two: Peace is Our Promise, Prayer and Practice 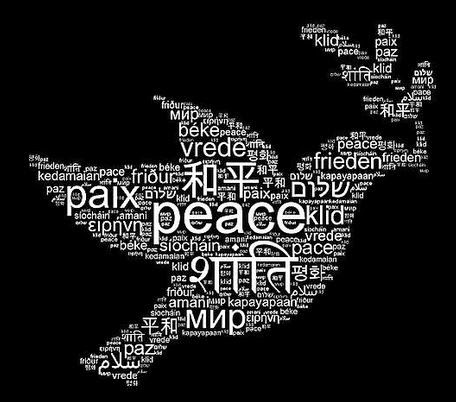 Today is the second Sunday of Advent, the season of preparation and expectation. In churches where Advent candles are lit, today’s candle will represent peace.

How badly we need peace, in this time of unrest and protest, daily news of escalating war, mass abductions of innocent students, bombs and threats of more bombs.

The prophets, speaking of Christ’s coming in an age of invasion, destruction and exile, described him as the Prince of Peace,  the shepherd who would bring a covenant of peace , who would himself become our peace.

They also spoke of a conquering king, one who would bend nations to his will and lay waste to enemy armies.

Given a choice, we seem to prefer the military vision, as did the Jews of Jesus’ time. They longed for a military Messiah that would put the Romans in their place.

Instead, they were given a gentle savior, willing to suffer on behalf of his enemies, rebuking the disciple who wielded a sword at his arrest.

I’ve been reading Tyler Wigg-Stevenson’s The World is Not Ours to Save, a challenging exploration of the path of peace in a world armed and ready for nuclear war.

He probes the intersection of violence and fear and the essential connection between justice and peace, and explores at length the prophecy of Micah 4:

In the last days
the mountain of the Lord’s temple will be established
as the highest of the mountains;
it will be exalted above the hills,
and peoples will stream to it.
Many nations will come and say,
“Come, let us go up to the mountain of the Lord,
to the temple of the God of Jacob.
He will teach us his ways,
so that we may walk in his paths.”
The law will go out from ,
the word of the Lord from .
He will judge between many peoples
and will settle disputes for strong nations far and wide.

They will beat their swords into plowshares
and their spears into pruning hooks.
Nation will not take up sword against nation,
nor will they train for war anymore.
Everyone will sit under their own vine
and under their own fig tree,
and no one will make them afraid,
for the Lord Almighty has spoken.

We are not able, on our own, to accomplish that prophetic vision. As individuals, organizations, churches, communities, even nations, we are not capable of creating peace, restoring justice, or designing a world where there is plenty for all and no one is afraid. There is a sense in Micah’s vision of people, nations, coming on their own volition, “streaming” to an irresistible new way of life, choosing on their own to beat spears into pruning hooks, drawn by a compelling vision of something beyond human agency.

We can’t force people toward that vision, can’t compel compliance to the ways of God.

As Wigg-Stevenson reminds us, “the world is not ours to save.”

Yet we are instructed to pray for peace, live in the expectation and promise of peace, to practice peace-making in every context and conflict.

That means praying for peace with those who disagree with us.

Living as peacemakers in places of division.

How are we doing?

According to David Kinnaman and Gabe Lyon’s unChristian, a carefully researched analysis of what young Americans think of Christians:

Christian means very conservative, entrenched in their thinking, antigay, antichoice, angry, violent, illogical, empire builders; they want to convert everyone, and they generally cannot live peacefully with anyone who doesn't believe what they believe. 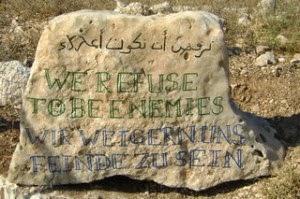 I know many Christians who are nothing like that.

I know far too many who are.

I’ve been encouraged by the stories Wigg-Stevenson shares of Christ-followers whose lives have been spent in courageous, creative peace-making. Among them:


Those faithful witnesses have inhabited the difficult space between vision and reality. Committed to the promise of peace and justice, they prayed for that reality to become visible in this present day, practiced it in the daily details of their lives, asked God to make them living sign-posts and demonstrations of the prophetic kingdom Micah described.

Jesus told his followers “Blessed are the peacemakers.”

“Turn the other cheek.”

He said "Love your enemies, do good to those who hate you, bless those who curse you, pray for those who abuse you"

And this, just hours before he was unjustly executed: “Peace I leave with you; my peace I give you. I do not give to you as the world gives. Do not let your hearts be troubled and do not be afraid” 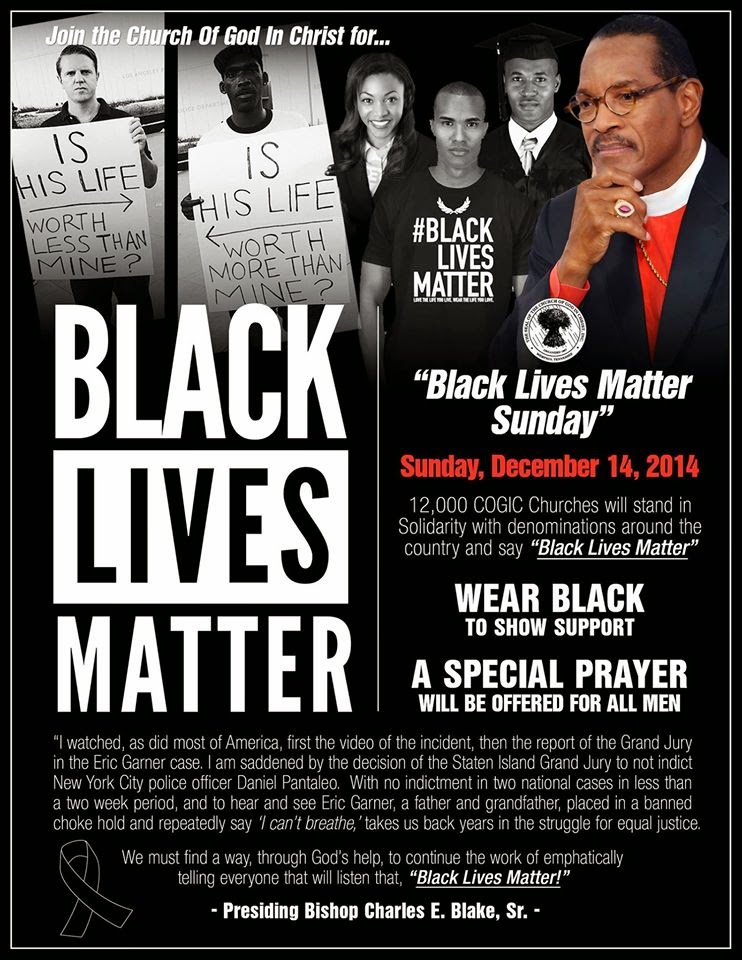 Fear is often the trigger that ignites violent response, that keeps us from the path of peace.

I’ve been grieving at the stories of civilian deaths at the hands of police: the death by chokehold of Eric Garner, the six shots fired into Michael Brown, the senseless slaughter of twelve-year-old Tamir Brown, the death of Yvette Smith at the door of her home when she answered the officer’s knock. The list could go on. And on. Hundreds each year.

Is it fear that fuels these violent acts? That’s the explanation often given: fear that the apparently unarmed might be reaching for a gun, fear that the untrained child, the woman at the door, might somehow threaten the officer’s own safety.

It’s impossible to stand for peace when you start from a place of fear. When unknown others are too quickly seen as enemies, all of us are in danger.

Wigg-Stevenson describes an incident when Daoud Nassar and his carful of children were stopped and searched in the middle of the night by soldiers:

He did not return anger for the insult. Instead, he spoke to his children in English, which the soldiers understood as well,,s aying “do not be araid. These soldiers are people. They are young and frightened like you. They are human beings too. So don’t be scared.”(92)

Walk in peace.
Our balkanized culture is an impediment to peace. We worship with, listen to, gather online with people who make us comfortable. People just like us.

But when we only know people like ourselves, it’s easy to fear those who are different.

When we only speak with those who share our views, it’s easy to misunderstand and fear those whose views we don’t understand.

When we have little experience in creative, generous, productive conflict, it’s easy to see any disagreement as an offence, any unexpected behavior as a danger.

When things don’t go our way, it’s easy to withdraw into self-protective silence, cutting off the enemy, shutting down any hope of dialogue.

We can pray to live into the promise of peace, to live as people of peace, communities of peace.

We can practice living as peacemakers, in our homes, work places, on busy roads, in contentious online discussions.

But it’s good to remember that peace is a gift. We can't get there ourselves, which is why we pray, today, as every Sunday:


This is the first in a four week Advent series.
Earlier Advent posts on this blog:


Please join the conversation. Your thoughts and experiences in this are welcome.Look for the "__ comments" link below to leave your comments.
Posted by Carol Kuniholm at 10:30 AM