The Synchroblog invitation for this month said “Let’s talk about anger.”

My first thought was "Yes!"

We are surrounded by explosive anger: road rage on pot-hole riddled roads; long- repressed fury on the streets of ; on-line ad hominem attacks on anyone who doesn’t share our views.

Is all anger the same?

If anger is always wrong and harmful, what is it's role in God's economy? 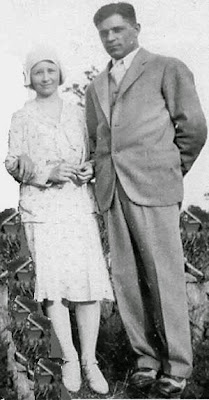 I grew up in a household divided by anger. My grandfather arrived from Italy in 1903 at the age of three, experienced the anti-immigrant/anti-Italian sentiment of early 20th century New York, watched the abuse of workers during the struggles of unionization, built a family, a business, a civic reputation, all fueled by a deep, unquenchable anger.

My grandmother was an farm girl who became a Christian in her early twenties and never argued, never shouted, never swore. I don’t remember seeing her angry. Ever. She read widely, held strong opinions, but would quietly leave the table when she disagreed with what was being said. She’d share her own thoughts, later, when no one else was around, or quietly in the kitchen, while she washed and I dried dishes. She was often dismissed, marginalized, pushed aside by leaders who thought women should be silent, by those impressed by titles or connections. She never spoke back.

Growing up, I could see very clearly that unrestrained, unresolved anger was a deadly, destructive force. My grandfather’s four sons scattered, in part driven away by his constant anger. That anger was like a toxic cloud around our heads, a constant grit between our teeth.

But I was never quite comfortable with my grandmother’s alternative.  It seemed sometimes a sharper response might have saved her children, or grandchildren, pain. And it seemed her silence sometimes made her complicit in situations that to me looked unwise or unjust.

The question of anger was placed in context, for me, by four big issues that shaped my young adolescence: 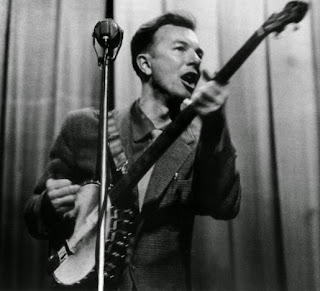 I was aware, even as a young teen, that some forms of anger were wrong: from my bedroom window I could see the smoke from fires burning in the . That anger was destructive, unfocused, uncontrolled.

Yet when Pete Seeger appeared with his banjo in our school auditorium, singing about the Hudson, the war, the ways our culture controls and confines us, I heard and saw a different kind of anger: fierce, determined, yet strangely cheerful. Not focused on people or things, but on systems and structures, ideas and their inevitable consequences.

A stanza from his song Letter to Eve gave a hint of his vision, placing love and anger together:

Reading through the Old Testament, I see a link between God’s great love and an accompanying slow, burning anger. His love for creation eventually demands response when nations misuse and abuse it.

His love for the weak, the poor, the widows and orphans, demands response when communities oppress, ignore and trample those God commands we protect..

His promise of peace depends on the firm application of slow, steady, righteous anger when injustice
seizes power.

About the same time I heard Pete Seeger sing, Martin Luther King was assassinated, and the airwaves were full of rebroadcasts of his speeches. I remember feeling the crackling anger in his voice, carefully contained in the sonorous scriptural cadence of his words:

Anger has many sources, many expressions. James 4 describes angry disharmony, even violence, springing up from our own selfish agendas:

Why do you fight and argue among yourselves? Isn’t it because of your sinful desires? They fight within you. You want something, but you don’t have it. So you kill. You want what others have, but you can’t get what you want. So you argue and fight.

When I look at my own anger, I realize some is prompted by an over-full schedule, by a sense of feeling slighted, by things that don’t go the way I wanted. By over-ambitious plans and sometimes too little sleep.

Most of that anger I need to work through and let go.

I need to spend time reviewing my own priorities, need to put things back in perspective. Sometimes I need to take a long breath in, and a longer breath out. Or go for a walk in a beautiful place. Or spend an hour or two weeding by myself.

Sometimes I need to confess my anger and ask for prayer.

Sometimes I need to journal through the incident, and ask God to remind me how much he loves each person involved.

But some anger I need to hold, and manage, like a precious, hard-won asset.

I know – just a little - what it feels like to be denied opportunity and experience because I don’t fit the desired demographic.

And I know – just a little - what it feels like to lose a job, lose a friend, lose a dream, because I’m not part of the privileged group.

I know – just a little – what it feels like to be on the wrong side of inequity. To see others enjoy what they didn’t earn while I work hard for crumbs from their table.

I’ve forgiven the offenders, and prayed for their good.

But if I close my eyes for just a moment, I can still feel the injustice. I can feel an inner fire that affirms King’s fiery tone when he said “no, we are not satisfied, and we will not be satisfied until ‘justice rolls down like waters, and righteousness like a mighty stream.’”

I am angry at injustice.

Angry that kids I love who happen to live in Philly don’t receive the same education as kids who live just ten miles away.

Angry that girls with gifts are still silenced and shut down and pressured to care more about how they look than what they can do and think and say.

Angry that so many many men and women waste months waiting trial because they can’t afford inordinate bail and adequate legal defense. 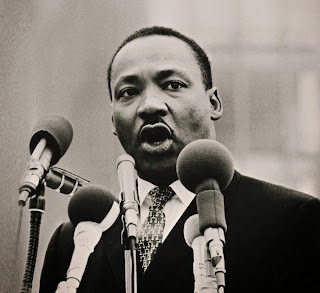 I could go on.

I am angry at injustice.

Angry when I’m the victim.

Angry when I’m the beneficiary.

I bring most of my anger to prayer and leave it there. But there are times when that anger forces me to step up, to speak out.

To intervene when it would be easier to look the other way.

When we find ourselves mounting personal attacks against individuals, it’s likely we’ve missed the point.

Instead, we might pause to examine systems, explore our own complicity, consider the ideologies and idolatries that fuel our disagreements.

And take time to consider: if God’s slow, steady anger burns at injustice, and intervenes on behalf of the weak, what would it mean to love like he does?

Is it true: "if you want to have great love, you're gonna have great anger"?

This post is part of the May Synchroblog “Let’s talk about anger.” Other Synchroblog posts:

And here's a bonus: a link to a Tim Keller podcast The Healing of Anger. Plenty to think about.

I’d love to continue the conversation. Feel free to post comments, offer correctives, or point us to other resources.
Posted by Carol Kuniholm at 9:58 PM