What Do You Have that You Didn't Receive?

The Synchroblog topic this week is "What’s In Your Invisible Backpack?" a reference to Peggy McIntosh’s 1988 essay, "White Privilege: Unpacking the Invisible Knapsack." McIntosh suggests ways that privilege shapes our daily lives, and gives examples of the  “unearned advantage and conferred dominance” enjoyed by white Americans.  She states:

“It seems to me that obliviousness about white advantage, like obliviousness about male advantage, is kept strongly inculturated in the United States so as to maintain the myth of meritocracy, the myth that democratic choice is equally available to all. Keeping most people unaware that freedom of confident action is there for just a small number of people props up those in power, and serves to keep power in the hands of the same groups that have most of it already.” 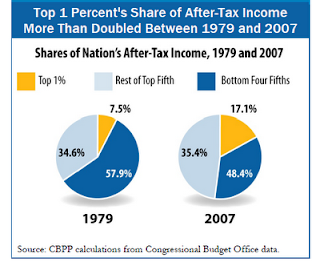 The issue of meritocracy seems even more relevant today than it was in 1988. This question of privilege, and of meritocracy vs. plutocracy, is at the heart of the Occupy movement, and dominated the 2012 World Economic Forum summit in Davos in January.

How possible is it, in our current economy, for those without the privilege of family wealth to work their way from poverty to success?

According to a growing number of economists, it’s increasingly impossible. We’re warned that unless we’re in the top 1%, our children should expect less in the future than their parents. We already see this taking place, as so many recent college graduates look in vain for jobs that match their education or ability.

If middle class kids are struggling, what happens to the poor?

Last fall Forbes magazine published an article by Gene Marks, If I Were a Poor Black Kid.  Marks, a middle-class white man, offered ideas about opportunities available to poor, black, urban teens, with an airy sense of “success is always possible, you just need to work smart. Here’s how.”

The Marks article documents, with amusing, tragic clarity, the utter cluelessness of so many born to privilege. It misses the complex burdens of poverty and the amazing array of benefits lived, without awareness, by those given more than they choose to admit.

A quick sampling: “If I was a poor black kid I would first and most importantly work to make sure I got the best grades possible. I would make it my #1 priority to be able to read sufficiently.”

Starting when? Knowing how to read anything, at all, is a privilege easily missed by children who grow up in households without books, in homes with parents who can barely read. A friend of mine never made it to ninth grade: her mother was an addict, and her father died the summer she was thirteen. She now has two small children, already far behind. The kindergarten class her daughter attended this year had thirty children. All behind when they started. All behind as they finish.

Yes, reading is important. As are good grades. But knowing that is a gift, having the help, tools, exposure, ability to learn is a gift. 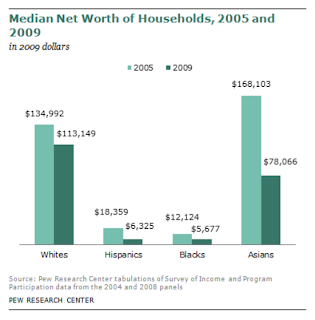 Here’s another of Mr. Mark’s points: “If I was a poor black kid I’d be using technology to research [private schools with scholarships] on the internet . . .  and making them know that I exist and that I get good grades and want to go to their school.”

That’s the voice of privilege speaking. Ignore the questionable grammar, and the obvious questions about assumed computer access and coaching on Internet research skills. Just focus on this embedded idea: “Let people know what you need, and no worries, it will happen.”

By the time a poor kid is four or five, she’s already learned a sad lesson of poverty: it doesn’t matter what she wants, it’s not happening, so why keep asking? For children in unstable households, unsafe neighborhoods, surrounded by unpredictable people, invisibility is an essential line of defense. The smarter the kid, the more likely the habit of disappearing into silence. And once a child has practiced invisibility long enough, the assured “make them know I exist” is beyond imagining.

Yes, there are some amazingly resilient kids, with high IQs and resourceful dedicated parents, who manage to climb out of poverty and find a way to move toward privilege. There are highly gifted people of color who learn to navigate the structures of power and attain the success their parents only dreamed of. There are strong, smart, determined women who get up every time they’re knocked over, start again every time they’re interrupted, and with steely resolve assert their right to speak. 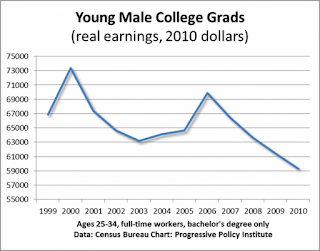 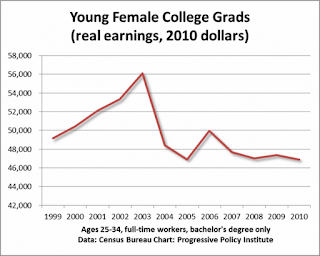 But those brave, successful few are a small, shrinking percent. Statistically, the privilege gap is growing. As of 2009, the median wealth of white households was 20 times that of black households, 18 times that of Hispanic households, the largest gap in at least twenty five years. While more women than men are now finishing college and graduate programs, women working full time still earn only 77 percent of what men earn. While some of that wage gap can be attributed to choice of occupation, work experience, race, or union membership, fully forty percent is “unexplained” by any cause other than  unacknowledged male privilege.

Forbes posted links to some responses to the Marks article; I was struck by this thought, from Kelly Virelli’s “If I Were the Middle Class White Guy Gene Marks” (my own emphasis added):


“Now, it’s obvious that hard work, intelligence, and assistance from others are necessary to succeed. I grew up in a trailer in rural Alabama and I graduated from Stanford University. I am publishing this blog post at a start-up magazine that I founded with capital that I — along with my African-American husband, a Brown University graduate — saved from our wage earnings. We work hard and our families have always worked hard too (See slavery). The problem is that Marks seems to think it’s okay to require black kids to be “special” to “succeed.” I don’t.”

I've been spending the weekend at the National League of Women Voters Convention in Washington, DC, surrounded by very intelligent, impressively accomplished women. But the question echoes inside me: why did it take so long for women to get the vote? (1n the US, 1920.) Why are there still so few women in politics, or in CEO offices? (A record 3.4% in Fortune 500 companies.)

The voice of privilege controls the conversation about taxes, budgets, priorities, policy. Those struggling to survive rarely have the opportunity to speak out in their own defense, to question systems so complex even the experts lose track of the details, to ask why only "special" poor kids, children of color, middle-class girls, succeed to their full potential.

I wouldn’t wish poverty on anyone. Yet I’d challenge those like Gene Marks who offer simple solutions to complex problems to set aside assumptions and look for ways to see beyond the blinders imposed by privilege.

Live, shop, or work, if only for a short season, in a neighborhood where your color sets you outside the norm. Or join an organization run by a group other than your own (like those few brave men in the League of Women Voters) and see how it feels to be the odd man out. Befriend an unemployed single mom and learn to navigate the confusing web of inadequate assistance. Volunteer in an urban school and rethink what you know of opportunity. Offer long-term friendship to someone with less privilege and learn to listen carefully.

Those of us with education, access to technology, adequate income, “freedom of confident action,” can use that privilege to endorse the even greater privilege of the wealthy few, we can speak out for ourselves and our children, or we can insist on genuine equal opportunity for all, and a place at the table for those whose voices are least likely to be heard.

Shouldn’t nutrition assistance policy be shaped by those who know first hand the challenge of feeding a family in an urban environment with no car and no good store nearby?

Shouldn't discussion of policies regarding women’s health be led by women who have struggled with teen pregnancies, inadequate health care, medical conditions unique to women’s bodies?

What would happen if drug sentencing proposals were debated by those who have overcome addiction, watched drug sales on their own street corners, lived the day-to-day reality of drug-afflicted neighborhoods?

What we need most, in churches, schools, assembly halls, all the places where policies are formed, are leaders who understand the answer to that question the Apostle Paul asked a group of boastful men, blindly secure in their own privileged opinions: “What do you have that you did not receive?” (I Corinthians 4:7).


Here is the list of links for the June Synchroblog, "What's In Your Invisible  Backpack?"

Posted by Carol Kuniholm at 7:53 AM