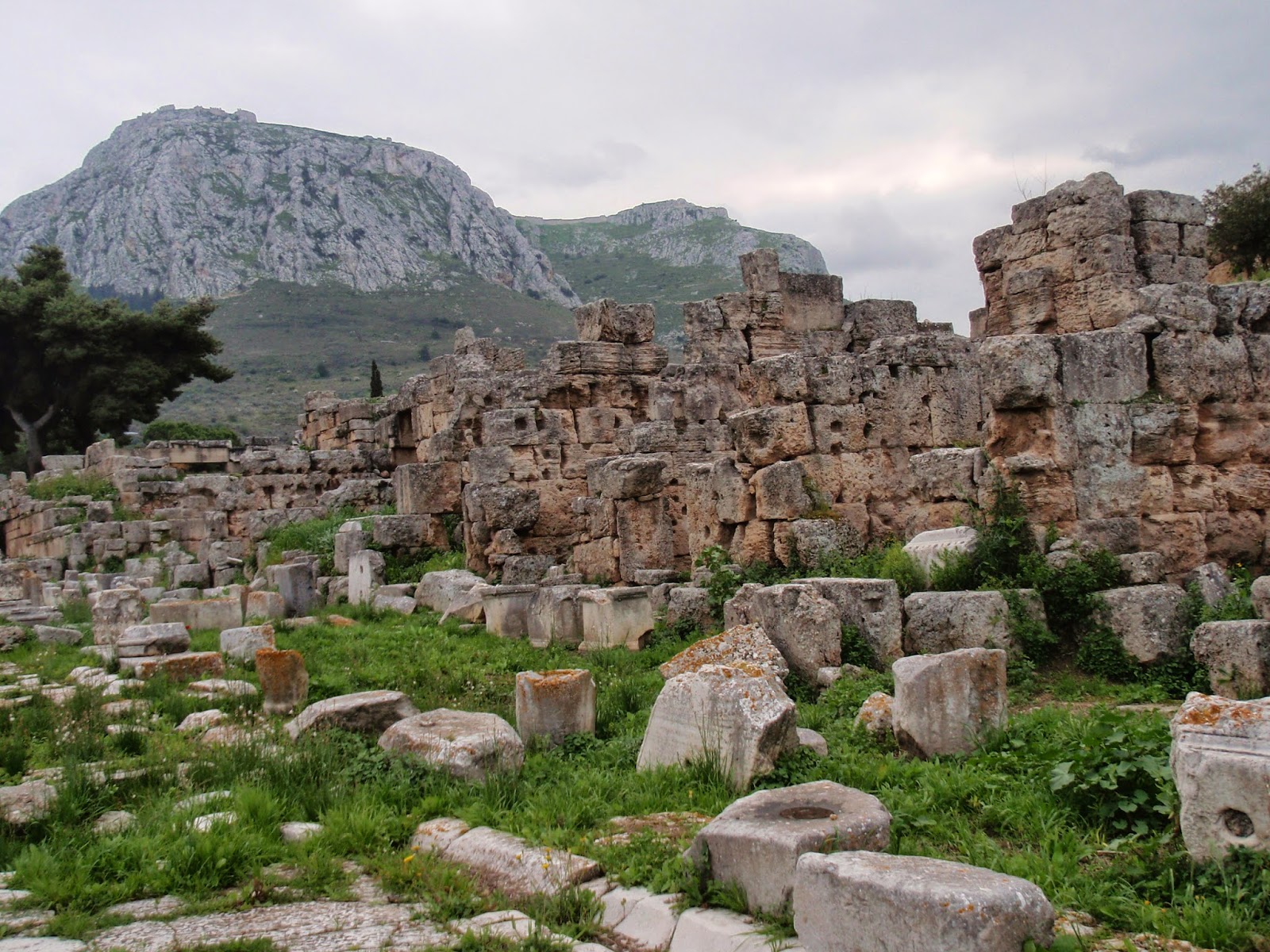 Standing outside the small museum in , looking up at the imposing Acrocorinth, I listened to our guide Costos Tsevas describing the context of social life in the period of the Apostle Paul’s visit.
Biblical Tours

While the on the summit of the Acrocorinth was destroyed by the Romans in 146 BC, fertility rituals enacted with temple prostitutes continued in the main city, in and around the agora, the center of public life.

Costos described the sandals of prostitutes, engraved on the bottom to leave the word “ΑΚΟΛΟΥΘΕΙ AKOLOUTHEI” ("Follow me") imprinted in the dust.

That was one form of advertisement, Costos said softly.

Another was more visible from a distance: shaven heads.

Suddenly we were in a discussion of a passage translators have described as one of the most complex and opaque in scripture, one that has prompted endless controversy and discussion: 1 Corinthians 11:2-16, the basis for centuries of rules about head coverings and women's hair length.

If a woman was, or had been, a prostitute, with shaven head, how would she cover that?

It would take a long time for her hair to grow back, and in the meantime, she would be treated differently. If she hid her head, but others didn’t, everyone would know, and her shame would follow her.

What Paul is saying is that if a woman with shaven hair will be shamed, then all the women, shaven or not, should hide their heads, so no one can see which women have short hair and which don’t.

Not as a punishment, or rule, but out of love for the women with shaven heads.

I’m paraphrasing his argument – I have scribbled notes, and terrible handwriting.

But the idea was clear.

Paul was arguing for covered heads for all women to shield some of them from shame.

And out of love.

I’ve heard that passage argued endlessly: why women should wear hats in church. Or veils.

Why women should have long hair.

Or wear their hair up, or down.

Commentators argue that Paul was referring to the Greek traditions regarding male and female headcoverings. None of those references would make much sense: male Jews wore coverings in services, not women.

So maybe Paul is talking about hairstyles, not head coverings?

Amazing – and sad – to track back and see the convoluted reasoning that has so often yielded an unshakeable rule someone else should live by.

No explanation I ever heard or read made reference to love.

I always wondered: why would Paul talk about freedom, about rights, unity, equality, about not being bound by the customs of those around us, then turn around and tell women to cover their heads?

Why would he say we’re one in Christ, neither Jew nor Greek, male or female, slave or free, then belabor the difference in a strange, convoluted way?

Costos’ explanation was the first I’d ever heard that put that troubling passage into context with the chapters that follow:

In chapter 12: “the parts we think are less honorable we treat with special honor. And the parts that are unpresentable are treated with special modesty.”

And chapter 13: “love is not self-seeking. Always protects.”

I found myself wondering: how would a woman with beautiful long hair respond to the idea of covering her hair for the sake of a shaven former slave?

What would be a corresponding sacrifice, today?

The next day, on the steps of the Acropolis in , I asked Costos about his interpretation. Did he have sources? Something further I could read?

“If you know the scripture, and you know , and you speak Greek, it’s obvious.”

Since then, reading through commentaries, exegesis, translations, discussions, I’m struck by the difficulty of putting certain texts in context.

This one in particular. 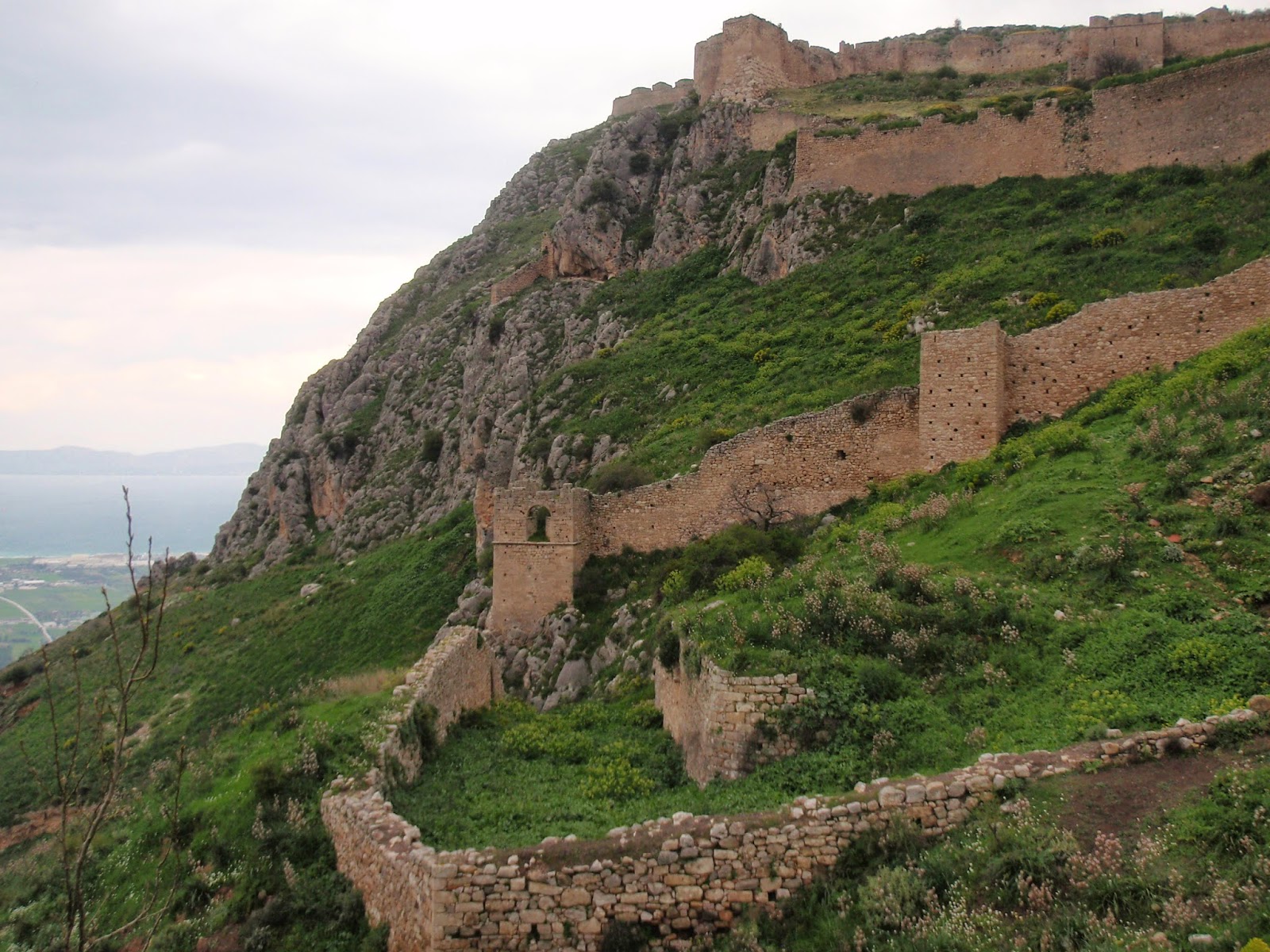 Words used so specifically are hard to translate.

So are words used metaphorically – as in the word “head”, kephale, used repeatedly in this chapter.  Does “head” mean leader? Source? Or something else?

There’s also the problem of quotation: there were no quotation marks in koine Greek. Throughout 1 Corinthians, Paul quotes opinions presented as fact, then dismantles them. In chapters 6, 7, 8, and 10 quotation marks have been added to show that Paul was addressing opinions expressed by members of the Corinthian church. Was he doing the same here?

And then there’s the problem of chiasm: ideas presented in inverted sequence, to emphasis similarity or difference.

If the passage itself is a chiasm,does that suggest Paul is offering the point of view of some in the Corinthian church, then shifting to an alternative view?

Margaret Mowczko, of Christians for Biblical Equality Australia, offers a readable summary of some of these difficulties, adding two more:

Some translations add a word “sign” in verse 10. There’s a big difference between

Another oddity in translation: the word “toioutos,” translated everywhere else in scripture as “such,” is  translated in some versions of verse 16 as “other”:

If anyone wants to be contentious about this, we have no other practice—nor do the churches of God.  (NIV)

But if any man seemeth to be contentious, we have no such custom, neither the churches of God. (ASV)

I confess, there are some passages in scripture I hold a bit at arm’s length: it’s not clear what they mean, various attempts at translation have introduced ideas not necessarily present in the original, and they’ve been used coercively in ways that I consider antithetical to the larger themes surrounding them.

I'd argue that most of the Bible is very clear, and that it's worth wrestling with these passages, while not making them the center of our daily faith and practice.

Costos’ interpretation here, to me, is as plausible as any other I’ve read, and harmonizes far more with the themes Paul explores elsewhere: unity, freedom, grace, sacrificial love.

So – I’m back to wondering. Who are the members of my own congregation who sit on the margins, and what changes could we make that would dissolve the difference, protect the weaker member, and bring us into greater unity?

This is the fourth in a series, Texts in Context, revisiting two weeks spent in Greece.Earlier posts:

As always, your thoughts and comments are welcome. Just click on   __comments below to see the comment option.
Posted by Carol Kuniholm at 8:20 AM