Is the Resurrection Just a Myth?

I was eighteen when an aunt started talking about Jungian archetypes. She was looking for reasons to exit the Christian faith, and thought Carl Jung’s examinations of the collective unconscious did a good job of explaining away the Biblical narrative. Creation, flood, resurrection: in the light of Jungian archetypes, those were just examples of the archaic myths that populated the unconscious mind.

I spent a week every summer with my aunt, uncle and cousins, between college and the start of the summer camps where I worked. We’d sit in the sun on her back deck, or on towels by the local swimming hole, and she’d talk about what she was reading: Gestalt, Zen Buddhism, Barry Steven’s Don’t Push the River.

I was working my way through a liberal arts Christian college, where I had started in math and science, switching after a year to a double major in English and humanities. I was reading everything I could get my hands on, and taking classes in history, philosophy, literature, art.

She was eager to see me step free of the narrow constraints of historical Christianity, while I was digging deeper and deeper into questions that had troubled me, and finding answers that made sense. In my senior humanities seminar, I led discussions on Nietzsche and Camus, with six other students and three professors, probing the links between the death of God and the will to power, and the logical conclusions of existentialism. My professors, deeply committed to both faith and reason, were steadfast in insisting we follow ideas to their logical conclusions.

“Ideas have consequences,”  history professor Kay Lindley said, again and again, as we traced the connections between art, literature, philosophy, and the unfolding horrors of war and nuclear disaster.

By the time I left college my aunt had left her marriage to “follow her bliss”, in the words of mythologist Joseph Campbell. I thought of her a year or so later, in the stacks of the University of Pennsylvania library, where I came across Campbell’s The Hero with a Thousand Faces (1949) while searching a text I needed for a graduate course.

I remember standing there in the library between the tall shelves of books, first paging through then reading ’s book. Here were the stories my aunt had been talking about, the outpourings of Jung’s collective unconscious, the myths and narratives from across the millennia.

I don’t know how long I stood there in the library, reading, until I gathered my books from my assigned graduate carrel and walked up Locust Walk toward home to continue reading. 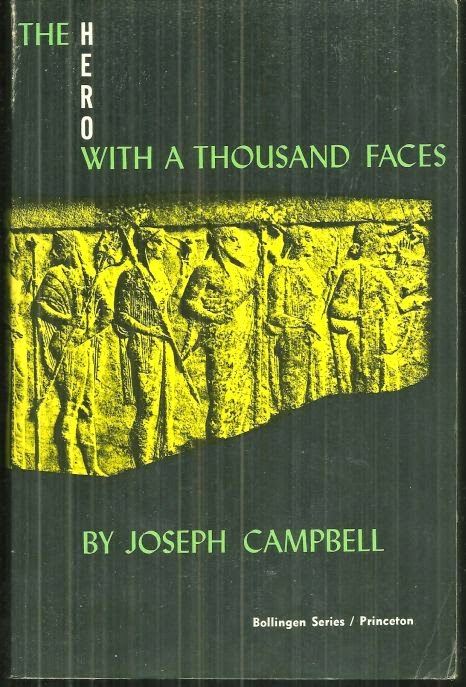 I don’t remember all I read, but I do remember two conclusions:

First: ’s work was impressively exhaustive, collecting and considering “a host of myths and folk tales from every corner of the world.” I had studied Greek mythology and European fairy tales, knew some of the stories of Native Americans, bits and pieces of the Bhagavad Gita. It was interesting to see all those stories picked apart then jammed together, pieces of story lined up in odd ways like a museum display of leg bones or feathers.

And second: it struck me then, as it has ever since, that in his eagerness to show the stories were all the same, Campbell cut and hacked and distorted the narratives in a way that left very little of the original sense. He chose what he wanted, ignored what didn’t fit, slid right by what he considered “underdeveloped or degenerate” folk mythologies from “truly primitive” people, distorted more complex narratives to suit his one-size-fits all monomyth.

One Goodreads reviewer, in exasperation, wrote

his evidence seems randomly generated-—myths and folktales and parables and—-strangest of all—-transcripts of modern dreams—thrown together in a stew, with a breathless Ta-DAA! As if their meaningful unity was obvious. . . .  If you grind the carcass up enough, it all looks like hamburger in the end. Hero hamburger.

For someone eager to dismiss the narrative of the Christian Bible as just one story among many, I could see the appeal.

And for novelists and screenwriters, his text offered wonderful access to underlying narrative structures. George Lucas, one of ’s first and biggest fans, made a fortune applying the monomyth idea to the seven Star Wars movies.

But Joseph Campbell was not the first to examine similarities among ancient texts.

James George Frazier’s The Golden Bough, itself a complilation of work done during the 1800s, predated ’s Hero with a Thousand Faces by half a century. The idea that the resurrection is one myth among many is certainly not new.

By the time I picked up ’s book, I had read most of G. K. Chesteron (1874-1936), English author, poet, literary scholar. In much of his work, Chesterton explored the function of myth and fairy tale, insisting that human imagination seeks a reality not easily expressed by scientific fact. For Chesterton, myths and legends, at their best, were imaginative foreshadowings of the historic fact of Christ’s resurrection.

In a published debate in 1904, Chesterton offered a summary of his position:

If the Christian God really made the human race, would not the human race tend to rumours and perversions of the Christian God? If the centre of our life is a certain fact, would not people far from the centre have a muddled version of that fact? If we are so made that a Son of God must deliver us, is it so odd that Patagonians should dream of a Son of God? The Blatchford position really amounts to this—that because a certain thing has impressed millions of different people as likely or necessary, therefore it cannot be true.

C. S. Lewis, scholar in medieval literature, had been heavily influenced by the idea that Christianity was one myth among many. And yet, he recounts in his autobiographical “Surprised by Joy,”

I was by now too experienced in literary criticism to regard the Gospels as myths. They had not the mythical taste. And yet the very matter which they set down in their artless, historical fashion — those narrow, unattractive jews, too blind to the mystical wealth of the Pagan world around them — was precisely the matter of great myths. If ever a myth had become a fact, had been incarnated, it would be just like this. And nothing else in all literature was just like this. Myths were like it in one way. Histories were like it in another, but nothing was simply alike. And no person was like the Person it depicted; as real, as recognizable, through all that depth of time… yet also so luminous, lit by a light from beyond the world, a god. But if a god — we are no longer polytheists — then not a god, but God. Here and here only in all time the myth must have become fact; the Word, flesh; God, Man. This is not "a religion," nor "a philosophy." It is the summing up and actuality of them all. (236)

The heart of Christianity is a myth which is also a fact. The old myth of the Dying God, without ceasing to be myth, comes down from the heaven of legend and imagination to the earth of history. It happens at a particular date, in a particular place, followed by definable historical consequences. We pass from a Balder or an Osiris, dying nobody knows when or where, to a historical Person crucified (it is all in order) under Pontius Pilate. By becoming fact it does not cease to be myth: that is the miracle. (God in the Dock) 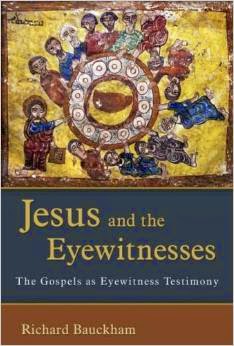 This is not a new discussion. In fact, Paul in pointed the Greeks from their myths and legends to the historical fulfillment in Christ’s resurrection. By faith, some believed. Others held to their
dogmatic pursuit of many gods, or none.

There is more evidence for the resurrection than for most events recounted in ancient literature, multiple eyewitness accounts, and far more manuscripts, from much closer to the event, than for any other ancient occurrence.

We continue to witness the consequence of ’s belief that we are all the heroes of our own personal stories, following our own bliss, asserting our own values. We watch the shattered marriages, unparented children, self-absorption, self-medication, self-aggrandizing leaders.

And tell ourselves his version of reality is the reasonable, logical, undogmatic one.

I don’t believe it.

The Gospels contain a fairy-story, or a story of a larger kind which embraces all the essence of fairy-stories. They contain many marvels—peculiarly artistic, beautiful, and moving: ‘mythical’ in their perfect, self-contained significance; and among the marvels is the greatest and most complete conceivable eucatastrophe. The Birth of Christ is the eucatastrophe of Man’s history. The Resurrection is the eucatastrophe of the story of the Incarnation. This story begins and ends in joy. . . . To reject it leads either to sadness or to wrath. (J. R. R. Tolkien, “On Fairy-Stories,” in The Tolkien Reader, 71-72)